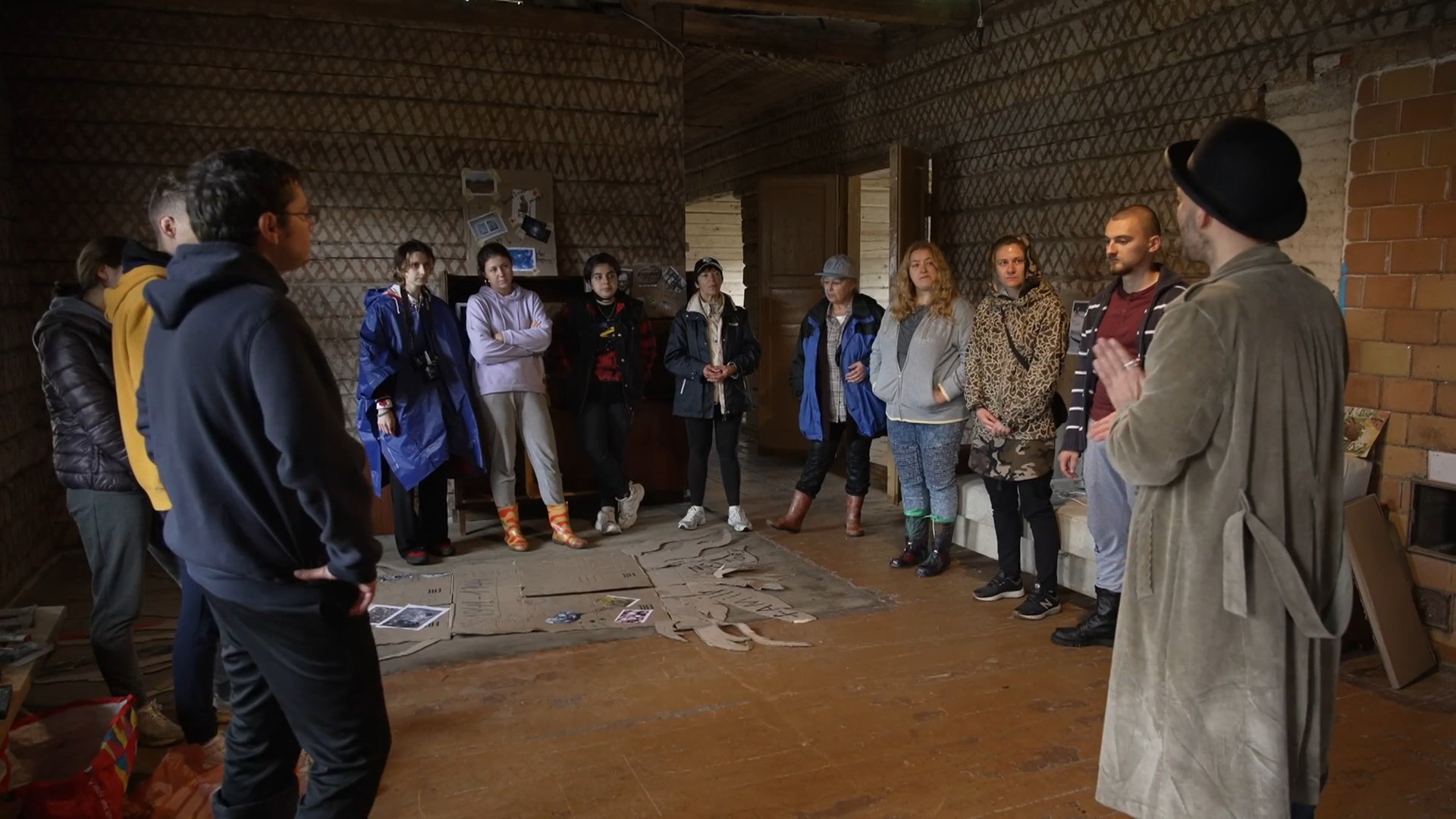 Premiere: The new historical film, Living Memorials – When Art Meets Memory was created on the occasion of the commemoration of the 80th anniversary of the infamous “Wannsee Conference” on January 20th 1942, where the Nazis set up the framework for the “Final Solution of the Jewish Question” in a villa in the Wannsee district of Berlin.

Eighty years ago, on January 20, 1942, fifteen Nazi dignitaries gathered in a villa on the shores of Lake Wannsee, in the green suburbs of Berlin. It was at this meeting, later called the “Wannsee Conference”, that the Nazis implemented the sinister “Final Solution of the Jewish Question”, organizing the deportation and murder of all the Jews of Europe.

Director André Bossuroy’s new documentary film LIVING MEMORIAL – When Art Meets Memory – follows an international group of teachers, artists and students involved in Holocaust remembrance work. These participants are experimenting, on different memorial sites, with a historical and artistic approach that should lead them to develop a concept of “living memorial” aiming to enrich international youth meetings from a multidisciplinary point of view (history, art, philosophy, poetry, …).

The two memorial and educational sites chosen for the project – the Wannsee Conference House in Berlin and the Naliboki Forest in Belarus, linked to the history of the Bielski Jewish partisans – provided an interesting source for the exchange of expertise on international youth meetings: While on the one hand, in Berlin, we have a “perpetrator site”, where one can understand the planning and theoretical origins of the deportation and murder of European Jews, the second memorial site illustrates, as a reaction to the decision in Wannsee, an emblematic case of Jewish resistance through one of the most successful rescue missions of the Second World War, in Eastern Europe.

They are the Jewish Bielski partisans, named after four members of the same sibling group. They saved nearly 1,200 Jews, women, men and children, by defending them, weapons in hand, and by housing them during 4 years of war in an improvised town, made of hundreds of log huts, in the immense forest of Naliboki, in Belarus.

Watch the film with English subtitles