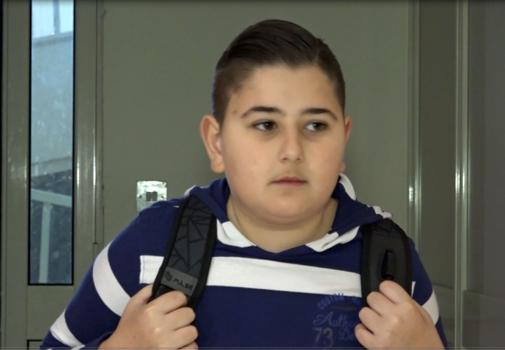 In 2015, three organisations – Partners Hungary Foundation, Partners Bulgaria Foundation and SOS Malta – joined forces to launch a pilot project aimed at developing and testing a community-based school programme for effective prevention and treatment of aggression and bullying, based on alternative conflict resolution methods. The long-term goal of the project was to achieve cultural change in schools through the dissemination of nonviolent communication, the introduction of alternative conflict resolution practices, the prevention of bullying and school conflicts, and a decrease in aggressive and other risk-related behaviour. The research results in the pilot schools have shown that an important effect of the programme is related to an increase in respondents’ awareness.

Bullying and aggression have been recognised as a problem and many of its aspects (i.e. types, scope, frequency etc.) have been addressed. The programme contributed to a better understanding of these phenomena and the school’s sensitivity towards them increased. This can be seen in various suggestions for improving the school climate, measures and policies. Students’ proposals showed that children want a safer and child-friendly environment at school:

Some students insisted on stronger disciplinary measures, including suspension and/or exclusion for those who engaged in bullying others. A notable finding was the extent to which students insisted on the implementation of rules of co-existence at school and of their active reinforcement by adults. As a result, the suggested interventions reinforced school rules and encouraged students to think about ways to manage their relationships and disputes in a nonviolent way. A number of recommendations were prepared in order to engage educational authorities in conflict prevention and anti-bullying policy. The project has shown that the co-operative efforts to promote a child-friendly environment at school are effective in stimulating learning and ensuring the well-being of all involved in the school system. The school educational process should accommodate measures and activities focused on maintaining co-operative and friendly relationships. In short, students need to learn how to co-exist with others in a peaceful way and to embrace their diversities. As the results demonstrated, dislike of others who are different, was shown to be one of the most common reasons for bullying and aggression. There is a strong argument for academic curricula to be taught in a culture of human rights, solidarity, co-operation and civility.

The programme contributed to the reduction of school aggression and bullying by establishing and strengthening co-operation between different institutions. The project provided accessible and easy to adopt tools to reduce school violence and bullying. These tools were tested and further developed in three secondary schools in Bulgaria, Hungary and Malta. The project promoted alternative conflict resolution, anti-bullying procedures and restorative methods to be used in schools. These practices help to prevent conflicts and minimise the occurrence of aggression, bullying and other behaviour, as risk factors for potential future criminality. They provide support for teachers and other educators when they need to tackle such cases.

Among the activities proposed in the programme are:

The proposed measures are aimed at developing school curricular that are focused both on academic achievement and on social and emotional learning, conflict resolution and problem-solving skills. They promote training programmes which build the capacity of teachers, school administrators and education experts in conflict resolution and mediation. They introduce teaching methodologies within the existing academic curriculum which facilitate co-operation, kindness, empathy, sensitivity, caring, teambuilding, taking individual and group responsibility, problem-solving, embracing diversity and conflict resolution. The programme involves students in the planning process, the preparation of materials, videos and other means related to their lives and needs.

The values of freedom, tolerance, respect for diversity and non-discrimination are fundamental for European societies. There are alarming proportions of bullying and violence in European schools which is a worrying signal for educators, civil society and communities. Bullying has serious and long-term effects for both victims and perpetrators. It affects mental and physical health as well as the academic performance of students.

From a policy point of view, if not addressed, bullying corrupts the school environment, poisons the climate and, in the long-term, may create a generation of apathetic citizens, bystanders of political processes and non-believers of significance of actions for change.  The lack of will to combat bullying at school maintains the impunity of perpetrators, rewards those irresponsible for their actions and sows the seeds of cynicism, antisocial attitudes and disrespect for law and order and for the school institution as a whole. It also undermines the values of equality, dignity and liberty.

The project was funded by the Erasmus+ programme of the European Union.